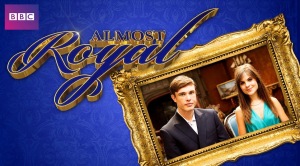 Ed & Amy play Georgie & Poppy Carlton, Nth and Nth in line for the British throne, who are on a royal tour of America. Americans are dumb.

WHY YOU SHOULD BE WATCHING

“Texas” is really the only episode you should watch. The other places they visit (LA, NYC, Boston, Detroit, Nashville, DC) are not as amusing as Texas. Poppy has a rapier sharp wit and her delivery is spot on. I could take or leave Georgie, Poppy is the one. When they visit the two hotties working at the taxidermy place, Poppy really shines. I hope my DVR never breaks, because the Texas episode is permanently saved. Poppy has some great one-liners, and I will leave them for you to discover. Just know that cowboys don’t become cowboys because of Toy Story’s 2 & 3. Also, don’t ask a hipster/hippie barista in Brooklyn if she is good enough to work at Starbucks.

It is kind of Borat in its execution in a very harmless way. And as I mentioned, Texas is the one. The others are throwaways.