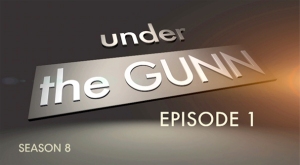 Wannabe designers that are being mentored by Nick, Anya, & Mondo all under the watchful eye of Tim Gunn.

A blatant copy of Project Runway. So much so, that by the second episode the show had been retitled as Project Runway: Under the Gunn.

It’s Project Runway, so it all kinda works. I am rooting for Sam because he is adorable.

This show irks me. Lifetime’s newest money grab (have they blown through all of their Liz & Dick money?) has mentors just like NBC’s Fashion Star. The show started with 15 contestants that were whittled down to 12 in the most heinous way. They were split into two groups, with each group creating a look that defines them as a designer. Each mentor gets to select 4 designers to work with. For the choosing of the designers, this shit turned into The Voice and the mentors fought over the contestants. Each mentor blows as much smoke as they can up the ass of the contestants they want to work with, then the contestant chooses their mentor. It’s heinous, especially for Nick Verreos because everyone wants to work with Mondo and Anya… in that order. Nick really ramps up the smoke blowing to try to coerce people onto his team. It’s quite sad. Then Nick takes a turn after their teams are selected. It seems to me like he really wanted to be on Project Runway All-Stars, but was never asked so he settled for this, but he really wants to compete. He pretty much takes over as he “mentors” because he is sketching and pinning and draping and sewing, and Tim Gunn isn’t having it. He snatches Nick up and tells him he needs to cut that shit out, and when the camera cuts to Nick, I swear to you, his eyes are like pinwheels. I don’t know what the fuck is going on. Desperation is not a good look for her.