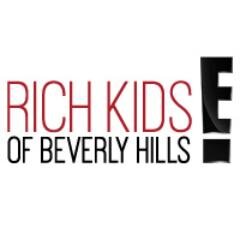 A group of rich 20-something’s that I thought were going to be huge pieces of shit.

A complex riveting dissertation on the current Middle Eastern political climate and the economic ramifications on emerging markets on the Indian subcontinent. Get a grip. It’s about rich kids.

The group of rich 20-somethings I thought were going to be huge pieces of shit.

This show is my guiltiest pleasure right now. Who gives a fuck about a hundred day long summer in Chicago or bloody, sweaty heels? Nobody, Bravo. These kids are what’s up. Let me break it down. First up is Dorothy, who kind of talks like she is chewing her face, but the sooner you get over that, the better. Her dad has $3 billion. Which is a good thing, because ol’ girl loves an Hermes Birkin bag. She has lost count of how many she has… they start at $13,000. To her credit though, she knows they aren’t going to hug her back. Next up, Dorothy’s best friend Morgan. Morgan is my girl. She is gorgeous and batshit crazy (by her own admission). Her obsession is Christian Louboutin shoes. She has more than 250 pairs… average cost: $1500. She calls her mom Susan. Not mom, Susan. Morgan also has a blog called Boobs N Loubs. Morgan’s boyfriend, Brendan (giving Chris Martin realness), is a real estate broker. He sold his first home at 18, and that house was $15 million. He’s about as exciting as cauliflower. There is a gay, Jonny, who is not very cute. He is a producer or something. He drives a Benz and loves drama. He threw a tantrum because Dorothy was having a blood drive to benefit the Red Cross and he refused to participate because gay men can’t donate blood and he felt she wasn’t supporting him. Get off the cross, Mary. I’m not a fan. Lastly, there is Roxy, the Persian princess. Not to be confused with any of the Shahs over on Sunset. This girl can shop like I have never seen before. In the first episode’s montage of spending, she was at an unnamed store and the salesperson tells her the total. It was almost $489,000. She was spending for your nerves, honey! But her parents just cut her off, so I am ready for the spiral.

Imagine you want to go out with your friends, but the club scene is tired. Instead of hitting the bars, you hit a hotel. You hop on the elevator, take it to the penthouse, where a tight guest list of your friends (no bottom feeding “groupers” like Scott Disick) are going OFF on magnums of Cristal and Dom. Glug, glug, glug. Then the bartender working your party hands you the check, and the bill is over $30,000. What would you do? I would shit on myself, then pretend to be unconscious until it went away. If you’re Dorothy, you hand him the Centurion card, drop a $10,000 tip on that bitch and peace the fuck out.

There is not enough EJ Johnson!!

EJ is Magic Johnson’s son, and she is pumping LOOKS honey! Chanel bags, Prada sunglasses, luxury moo-moos! EJ isn’t a regular on the show and is currently (I mean while they were shooting this) going to school in NY. Hopefully school lets out soon, because EJ is a hoot and I want to get into the summer looks.