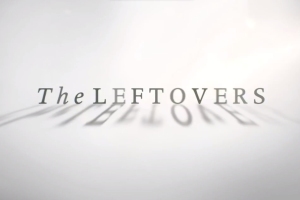 Justin Theroux is trying to give the Hammaconda a run for its money in those sweatpants! Even Liv Tyler said she can’t get through the pilot because it is such a distraction.

Amy Brenneman is a beautiful woman… but she is taking haggard to incredible new heights. Have another ciggie, sweetie!

Margaret Qualley plays Justin’s daughter. She is really bringing Kristen Stewart levels of boredom through an Emma Roberts style bitch face. I didn’t know the actress’s name until this very second. Her last name tells me that she is the daughter of Andie MacDowell. You haven’t lived until you’ve seen Andie’s bonkers performance in Hudson Hawk.

Christopher Eccleston, who was NORFOLK in Elizabeth, is a crazy priest in this show. Time has not been very kind to that man.

Max & Charlie Carver, aka the Scavo twins, are all grown up and I can’t tell if they are hot or not. In some scenes they are, in others they kind of look like apes. Hot apes? I can get into it.

I think the title refers to what a vagina is called after the Hammaconda’s been through. No?

Fine, on October 14th, 2% of the world’s population just up and disappears. The focus is on a particularly hard hit small town (100 people went missing) called Mapleton, and how they cope with that and the emergence of a cult.

WHY YOU SHOULD BE WATCHING

Justin plays Kevin Garvey, the sheriff of Mapleton. He looks better than ever. He’s not as jacked as he was in Charlie’s Angels: Full Throttle, he looks more like he did when he was passing that dick to Brenda Chenowith in Six Feet Under. At first he appears to be a single father to a bitch-faced teenage daughter, Jill (Qualley), and an MIA son, Sam (Chris Zylka). I can’t figure out if the son is cute. More and more, I am leaning towards yes. Sam is involved with a cult, led by a black British guy that apparently can hug the bad away. Congressmen are coming to him for these hugs or whatever is going on. We’re not sure. Jill is a typical affected teenage girl. She has this friend that looks like a white trash version of Blair Waldorf, and she has the hots for Jill’s dad.

There is a cult in Mapleton, and I can’t remember if they are related to the cult that Sam is mixed up in. I think so. They live in several houses in a cul-de-sac, they wear all white, and they don’t speak. All they do is smoke cigarettes and stare at people. Written on one of the walls in the house is something like, “We smoke to show our faith.” I hope they are referring to their faith in cancer, cuz the big C is on the way. In this cult, is of course, SPOILER ALERT, Kevin’s wife Laurie (Brenneman). We aren’t sure why she is there, why she won’t go home, or anything. Laurie, along with head smoker Patti (Ann Dowd trying to dethrone Margo Martindale as THE go-to for a boss bitch), smoke enough cigarettes and stared long enough at Meg Abbott (Tyler) and got her to join. As we all know, Liv Tyler invented the Abbotts. Right, Pamela?

The story is compelling, and I really want to know what the fuck is going on. That is why I am watching. The acting and the writing (for the most part) are great. The tone is great as is the pacing. The characters are rich and complex. I will say this though, Jill, is really changing my eye. Clearly she has mommy-issues, and that is to be expected. So Jill and White Trash Blair hit a high school party, right? They were playing some fucked up game that is kind of like Spin the Bottle (via iPhone), except when you “spin” a word will come up and that is what you have to do. Some of the words that we see come up are Fuck, Burn, Choke, and Screw. Jill is over it. But she’s playing the Spin game and it lands on CHOKE. She goes upstairs to a bedroom with a cute enough blond kid, he starts getting undressed, she has bitch face in full effect and is like, “I’m not doing anything with you.” After a second of consideration, he asks her if she would still choke him out while he jerks off. She was like, “That’s fine” and fucking DOES IT. That’s a BOSS BITCH!

There is no reason, unless you’re uncomfortable watching a girl choke a kid out.