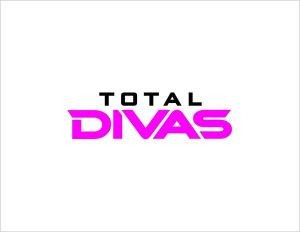 Nothing. This is fucking trash.

When I first saw a promo for this over the summer, I remember posting of Facebook that “having not seen a single second of Total Divas, I am pretty sure this show could just be called “Whores.” Well, I have seen a second of the show, and I couldn’t have been more right. This show and these women are absolutely horrible. I couldn’t even make it all the way through the one episode I recorded. I made 4 attempts, and only got about 17 minutes in.

I guess they all work for John Cena, who apparently has gone through all of his The Marine money. Here are the kinds of women we are dealing with. One of the whores comes down to a hotel lobby, where another whore is waiting with her luggage. Approaching whore makes a comment about the Louboutin’s lobby whore is wearing. Approaching says, “I want to make sure you don’t walk like a grandma and look stank in them.” Do you know what I’m saying? She did look stank though. Could not walk in them at all. TIRED!

OH WAIT! I do know some of their names! So Trinity (who I am pretty sure was Lobby whore) and Natalya (the Kim Zolciak of the group) had a “match.” Natalya had Trinity in some kind of bullshit hold from behind. But her grip on Trinity was so slight, that she had enough space to stop, bend down a little, twerk, then do a bootie bump into Natalya causing her to lose her grip. Absurd right? Hang on a second. When she did the bump into Natalya, apparently she had a bladder full of piss because she let some out. She was so embarrassed, that she left the ring and went to the bathroom. Trinity went to the bathroom and they proceeded to argue about it. The drama was so manufactured, I couldn’t believe it. They should work at SUR. Oh yeah, by the way, Natalya is built like a fucking dump truck so I don’t understand why she didn’t just rage out of her boots at Trinity. What the fuck ever.

One thing did make me laugh though. The Bella twins were talking shit at some bad red dye job whore that I am sure has a name. Red had a signing to get to, and one of the twins says, “Have fun at your signing! I hope people are there.” What a cunt.