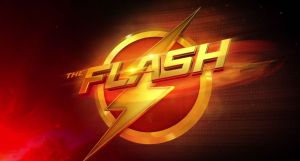 The Flash is a pleasant diversion, but not pleasant enough for me to keep watching it. Flash himself, Barry Allen, is played by Grant Gustin. He is real cute. He was the guy from Dalton (Sebastian Smythe) that was trying to steal Blaine away from Curt on Glee. In the best scene, Blaine’s all “I have a boyfriend” and Sebastian fired back “I don’t care if you don’t care” while giving come hither eyes. He’s so cute. But this show is mediocre at best. I am wondering why Tom Cavanaugh is here. He looks fantastic. Ed hasn’t aged a day. Jesse L. Martin, on the other hand, looks bored as fuck. He left all that good Dick Wolf Law & Order money to land on The CW to do what? To play a fucking cop.

John Wesley Shipp, who was Barry Allen on the 1990 series of the same name, shows up at Barry’s dad. Shipp is also looks pretty good. I was in 9th grade in 1990 and my dad I loved Shipp’s Flash. That show was a fun romp. Why Amazon thinks the only season of it should be more than $40 is beyond me.

The Arrow shows up for a hot minute, and what a hot minute it was. Both of the Amell boys? Meow. But Jesse Martin’s daughter on the show is a mystery. I can’t figure out if she is in high school or college. She was writing a dissertation on something, but then basically asked her dad for permission to go to the mall or some shit with Barry. I don’t get it. Pretty quickly we find out that she is fucking her dad’s partner, so I going with she is in high school. Right?!

Marry Me stars Casey Wilson (Penny of Happy Endings fame) and Ken Marino (of anything his friends put him in fame), and I love them. I thought they could do no wrong. Until this. It’s not their fault though, you can only do so much with a script. Anyway, the show started out promising. In the pilot, Casey’s Annie and Ken’s Jake have just returned home to Chicago after a vacation some place beachy. The conversation quickly turns to how Jake missed probably the best opportunity to propose to her. What started as a breezy, just back from vacay conversation, devolved into a fucking tirade on Annie’s part to beat the band. She started going OFF. She was throwing everybody under the bus: Jake, their friends (Dennah, Gil, Kay), she called Jake’s mom a bitch, and then she just went on and on. Oh by the way, she does all this ranting in the kitchen, with her back to Jake the entire time. Meanwhile, Jake is on one knee with the ring ready. All his attempts to get her to shut her fucking mouth were futile, she just kept spewing. When she finally turns around, there’s Jake still in position, then out from random places in their apartment come Dennah, Gil, Myrna (Jake’s mom, a still looking amazing Jo Beth Williams), and Annie’s dads Kevin (Tim Meadows & Dan Bucatinsky). You don’t know right away that Kay is in the apartment too, but I won’t ruin that for you.

Then episode, after episode, it turned into a cloying, sap fest that turned my stomach and rolled my eye. I have since stopped watching the show, but the last episode I watched had Natasha Leggero guest starring as Dennah’s new cop boyfriend’s (Rob Riggle) partner, Laguna Mattata. I am not kidding. Gil, the loveable fat guy, was like “You’re name is Laguna Mattata?!” to which she says something like “yeah, gotta problem with that civilian?!” Gil then says, “No, its cute in a female authority figure with a gun kind of way” and she responds with “You’re cute too, in an adorable human shield kind of way.” That… cracked me up. But the show is garbage. Don’t. Bother.

Stalker starred Nikita (Maggie Q) and Shelby’s husband Jackson (Dylan McDermott) as some kind of cops. I can’t even be bothered to look it up. We watched one episode I think, maybe 2. In an early scene, there is a male assailant coming for this bitch in an M-class Mercedes SUV. I am pretty sure he had been stalking her and it was about to come to its tragic end. That’s all fine. What I can’t get past is this: if someone pours gasoline on the hood/front end of your SUV and ignites it, your fuel tank AT THE REAR OF THE VEHICLE, is not going to explode. Ever. Hers did, so I quit. This shit was cancelled anyway.